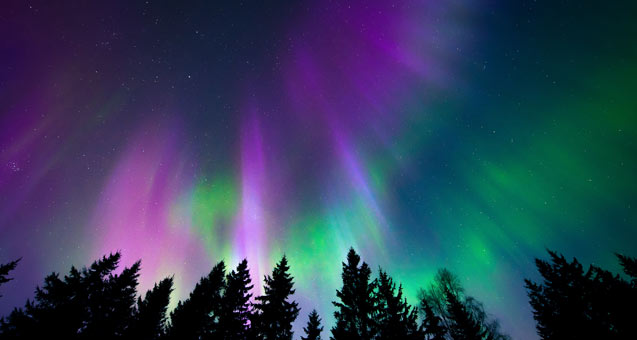 Our Management Team holds the vital role of representing the interests of our employees, customers, and our communities.

As a result, we as a company are empowered to do what is right for our customers and community. We strive to provide excellent service, innovative solutions and value our work.

Meet the Management Team of Alaska Communications who help inspire these values and lead by example. 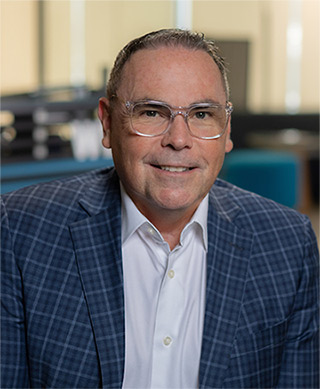 Mr. Bishop joined Alaska Communications in August 2004 and has served in several leadership roles in consumer and business sales and operations, including senior vice president of customer and revenue management, chief operations officer and most recently, interim president and CEO.

Mr. Bishop brings more than 25 years of telecom and business leadership experience to Alaska Communications, including positions at AT&T, McCaw Communications, and a federal government logistics contracting company. Being a long time Alaskan, Mr. Bishop has served with many statewide volunteer activities and currently serves on the board of directors for the US Telecom Association and as former chairman of the board for Alaska Business Week. Mr. Bishop holds a bachelor’s degree in natural sciences from University of Alaska Anchorage. He and his wife Deena live in Anchorage and have three grown children.

Ms. Butcher brings more than 30 years of finance expertise to Alaska Communications, including roles in public accounting at Price Waterhouse and Deloitte & Touche and as controller for Teamsters Local 959. Ms. Butcher serves as a management trustee for the Alaska Electrical Pension Fund and is on the board of directors for the United Way of Anchorage. A lifelong Alaskan, she holds a bachelor’s degree in accounting from the University of Alaska and is a licensed CPA.

Ms. Williams has more than 16 years of telecommunications leadership experience with a focus on building teams and creating strong, effective relationships with Alaska Communications’ counterparts. Her work helps ensure achievement of strategic initiatives and brings great value to customers, employees and shareholders.

Ms. Williams is a trustee for the Alaska Electrical Health and Welfare Program.

Meet Our Advisory Board Team 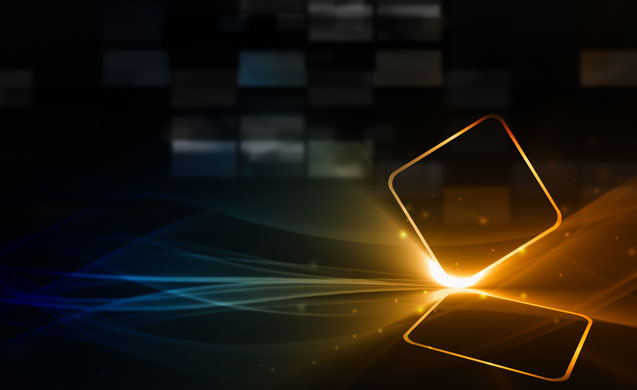 Meet Our Advisory Board Team

Comprised of Alaskans, the Alaska Communications Advisory Board brings unique community and customer perspectives to guide decision making. Together with the leadership team, the Advisory Board evaluates the needs of Alaska businesses and consumers, identifies new opportunities, serves as the eyes and ears in the community, acts as ambassadors for Alaska Communications, supports business development and creates dialog with community members and business and political leaders. 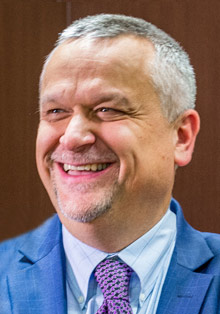 David Karp brings extensive leadership in transportation, energy, and tourism to his role as chairperson of the Alaska Communications Advisory Board. He currently serves as senior vice president and managing director of Alaska for Saltchuk, a Seattle-based company with multiple operating companies in Alaska, including Northern Air Cargo, Tote Maritime, Carlile Transportation, Delta Western, Inlet Energy and Cook Inlet Tug and Barge. Mr. Karp also serves as a member of the board of directors for Anchorage-based Northrim BanCorp, Inc. (Nasdaq: NRIM). He holds a B.A. from the University of Oregon and has completed the Owner President Manager Program at the Harvard School of Business. Mr. Karp resides in Anchorage with his family and supports many nonprofit organizations in the community. 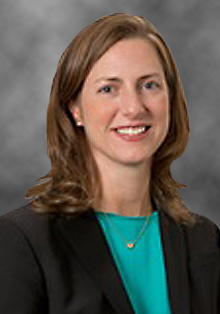 Born and raised in Anchorage, Denali Kemppel is the general counsel of Hilcorp Alaska, LLC, the largest private oil and gas company in the United States. After graduating with honors from Dartmouth College, she worked for U.S. Senator Ted Stevens before starting law school at Duke. While at Duke Law School, Ms. Kemppel served on the Alaska Law Review. She started her legal career at Ropes & Gray in Boston where she advised public and private companies on mergers and acquisitions, securities offerings, and other corporate matters. She previously served as EVP, general counsel for Arctic Slope Regional Corporation and as the COO for McKinley Capital Management LLC. Ms. Kemppel, her husband, and their children enjoy running and cross-country skiing. 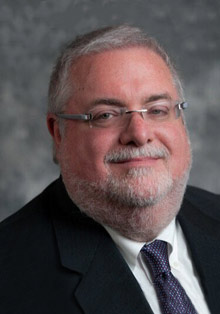 David Eisenberg consults and mediates across a wide range of disciplines drawing on his extensive expertise in negotiations, management of complex transactions, labor negotiations, strategic planning, business and corporate development, sales and marketing, manufacturing, and legislative and regulatory strategy. Mr. Eisenberg has enjoyed a 30-plus year career which included executive roles in both a Fortune 100 and Russell 3000 company. He has served as chief revenue officer for Alaska Communications and VP, corporate strategy/strategic marketing planning for Sprint Corporation. His advisory practice focuses on strategy, development, process improvement, complex negotiations, manufacturing, and marketing. Mr. Eisenberg received his degree in Mathematics from Northwestern University and his MBA from the Keller Graduate School of Management. He volunteers as a Professional in Residence with the University of Alaska’s Business Enterprise Institute and serves as the Advisory Board Chair of the NIST-sponsored Alaska Manufacturing Extension Partnership. He also sits on the Alaska Royalty Oil and Gas Advisory Board. He and his wife, Karen, split their time between Anchorage and Nevada. The Eisenbergs are active investors in areas ranging from coffee manufacturing to community banking. 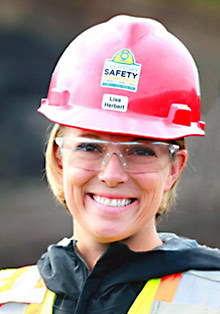 Lisa Herbert brings experience in public relations and community outreach to her role on the Advisory Board. Ms. Herbert serves as vice president of public relations for Usibelli Coal Mine. She is responsible for developing, implementing, and managing the mine’s communication plan and acts as an ambassador for the mine in the community. She also leads The Usibelli Foundation, the mine’s philanthropic organization. Before joining Usibelli, Ms. Herbert spent nearly 10 years with the Greater Fairbanks Chamber of Commerce, serving her last six years as president and CEO. Ms. Herbert is passionate and devoted to the Fairbanks community and currently serves on the board of directors for Consumer Energy Alliance – Alaska, Alaska Resource Education, Greater Fairbanks Chamber of Commerce, Alaska Chamber, and Alaska Miners Association. In addition, she is a member of the UAF School of Management Business Advisory Council, the Fairbanks Chamber’s Government Relations and Military Affairs committees, the Sunrisers Rotary Club, and Safe Families for Fairbanks Advisory Council. She is an avid supporter of the military men and women stationed in Alaska. She participates with the local Air Force Association Chapter, Employer Support of the Guard and Reserve, and the Fairbanks North Star Borough Mayor’s Tiger Team. In 2011, she received the “Messer Award” for her commitment to Eielson Air Force Base and Fort Wainwright. In 2019, Ms. Herbert was inducted as an Honorary Commander assigned to the 354th Civil Engineering Squadron. She was born at Langley Air Force Base in Virginia and lives in Fairbanks with her three children, Landon, Madison and Hadley. 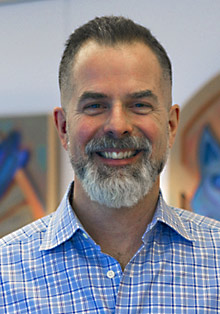 John Wanamaker is a lifelong Alaskan, active angel investor and professional corporate director who brings more than 30 years of professional board service to public, private, and nonprofit enterprises. He has made transformative contributions to companies across the development spectrum, from early-state private ventures to mature public companies. Mr. Wanamaker is valued for his deep skill set in mergers and acquisitions, strategic planning, financing, marketing, innovation, technology, and intellectual property. In addition to his investment and advisory activities, Mr. Wanamaker has firsthand experience as an entrepreneur, having founded or co-founded six companies. His experience spans diverse industries, including communications, aerospace, security, imaging/mapping, geolocation, real estate development, and angel investment.